Another year, another record for Dubai International (DXB)!

Passenger traffic topped 66.4 million, up from 57.7 million in 2012. That included a record six million plus passengers in December alone.

Only London’s Heathrow Airport (LHR), with 72.3 million passengers  in 2013, is ahead of Dubai International, a lead many believe Dubai will breach this year. 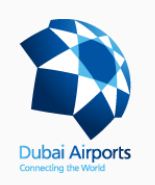 “Dubai International continues to benefit from the efficiencies offered by the large number of wide-body jets that operate into it with the average number of passengers per aircraft movement rising to 198 in 2013, up 4.5 per cent from the 189 recorded in 2012,” Dubai Airports said.

The airport is the home base of Dubai’s flagship carrier Emirates and the discount airline flydubai.

Last year it opened a new custom-built concourse for Emirates’ large fleet of Airbus A380 superjumbos.