Bombardier will be showing off a few of its airplanes at next week’s Dubai Airshow, but the brand new CSeries aircraft will not be among them.

A list of aircraft that will be on display at the show released by the organizers does not include the CS100 or the CS300.

Instead, the Canadian manufacturer is sending the Q400 turboprop, Learjet 75, Challenger 350 and Global 6000 to one of the world’s premier airshows.

The CSeries aircraft made their airshow debut in Paris this summer, but Bombardier was unable to win any new orders at Le Bourget.

Cost overruns, long delays and most crucially a lack of new orders have beset the CSeries program. 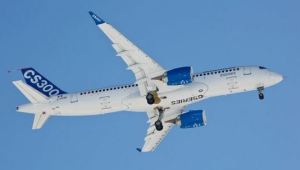 In an effort to resuscitate the CSeries, the Quebec government announced last week that it will invest US$1 billion in the program in exchange for a 49.5 per cent stake in a newly-created partnership.

“This partnership comes at a pivotal time, with the CSeries on the verge of certification,” said Alain Bellemare, president and CEO of Bombardier Inc., in announcing the deal.

“The market is there, our leadership is in place, we have the best product and with the support of the government, we are ready to make this aircraft a commercial success.”

Quebec has also asked the Canadian federal government to match its investment in the single-aisle aircraft project. 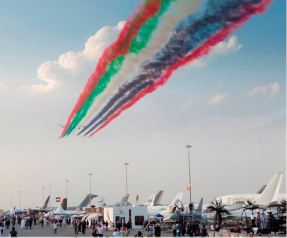 The Dubai Airshow runs from Nov. 8 through Nov. 12.

Orders worth more than US$200 billion were announced at the last show in Dubai, but analysts say no mega deals are expected this time.

Images are courtesy of Dubai Airshow and Bombardier.