As part of the show, Henderson Executive Airport will for the first time in its history make available Sustainable Aviation Fuel, the National Business Aviation Association said.

“Some 100 airplanes will take on the renewable fuel at the Clark County-owned and operated airport this week, including those on display at the show.”

SAF is a non-fossil power source that can reduce aviation’s carbon lifecycle emissions by up to 80 percent.

“After planes refuel and depart at the show’s close Oct. 24, an estimated 150,000 gallons of SAF are expected to have been pumped at the airport in conjunction with NBAA’s convention,” the NBAA said.

The NBAA is also holding various events throughout the week to promote sustainability.

One of the world’s biggest business aviation shows, it opens at Palexpo on May 29. 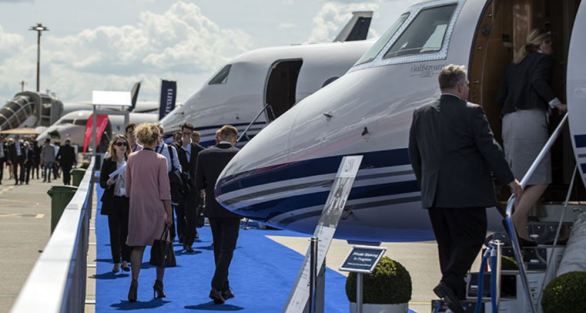 More than 400 exhibitors will showcase their latest products and services at the three-day event.

The static display will feature 55 aircraft. The organizers say 13,000 aviation professionals will attend the show.