CHICAGO — Boeing announced Saturday that it has terminated its Master Transaction Agreement (MTA) with Embraer.

Under the deal announced in late 2018, the two companies had planned to create a joint venture comprising Embraer’s commercial aviation business.

The $4.2-billion tie-up was mainly aimed at challenging Airbus in the market for midsize planes.

“Under the MTA, April 24, 2020, was the initial termination date, subject to extension by either party if certain conditions were met. Boeing exercised its rights to terminate after Embraer did not satisfy the necessary conditions,” Boeing said in a statement.

“Boeing has worked diligently over more than two years to finalize its transaction with Embraer. Over the past several months, we had productive but ultimately unsuccessful negotiations about unsatisfied MTA conditions.”

The planned partnership had received approval from all regulatory authorities, with the exception of the European Commission, Boeing said.

The image is courtesy of Embraer.

The Brazilian aircraft maker announced Monday that it had signed a US$1.4-billion agreement with private jet travel services provider Flexjet.

The deal comprises a fleet of Embraer business jets, including the recently certified Praetor jets and the Phenom 300, with deliveries starting in the fourth quarter of 2019.

“We are very grateful for Flexjet’s renewed commitment to Embraer through this new agreement, which reflects the growth and the strength of our partnership over the past 16 years and symbolizes our ongoing support for their journey ahead,” said Michael Amalfitano, president & CEO of Embraer Executive Jets.

“Flexjet owners will appreciate and enjoy a truly elevated customer experience in industry-leading aircraft, including the recently certified Praetor jets, which are different by design and disruptive by choice.” 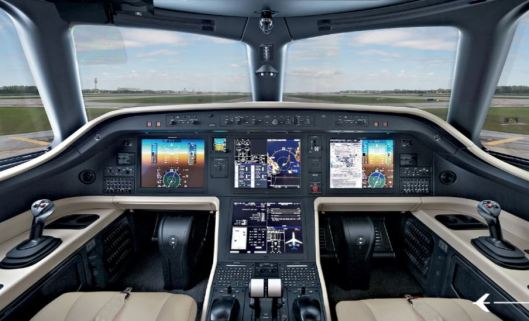 All images are courtesy of Embraer.