The 28-year-old Embry-Riddle Aeronautical University student is now setting her sights on a bigger feat – to become the youngest female to fly solo around the world. 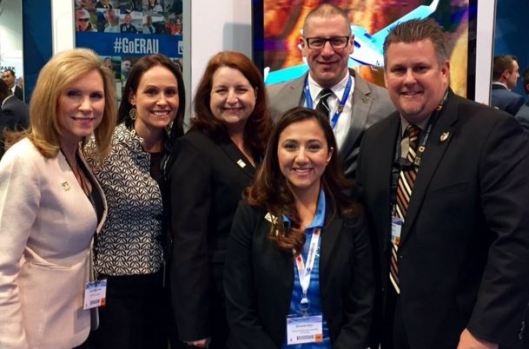 Waiz will fly a Beechcraft Bonanza A36, being provided by High Performance Aircraft.

“As a pilot, I have this passion for aviation that I want to share. But it’s more than that. I want to show women that they can succeed in anything, including flying around the world,” Waiz said.

She is currently completing a master’s degree in business administration at Embry-Riddle, the world’s largest and oldest university specializing in aviation and aerospace studies.

“To have my university and the aviation industry support me and make this come true speaks volumes not only to their belief in me and this ground-breaking journey, but every young person with a dream,” Waiz said.

In 2014, 19-year-old Matt Guthmiller of South Dakota became the youngest person to fly solo around the globe when he completed his 46,570-kilometre journey, also in a Beechcraft Bonanza A36.

The images are courtesy of Embry-Riddle.