Just last week, Air Canada president and CEO Calin Rovinescu was named the CEO of the Year by the Globe and Mail’s Report on Business magazine.

This week, the airline is celebrating another achievement – it has been recognized as the 2019 Airline of the Year by industry publication Global Traveler.

“The success we have had transforming our airline into a leading global carrier is being recognized worldwide and we continue to invest in new aircraft, onboard services, airport amenities and a new loyalty program to build on our leading position,” Rovinescu said.

“Mostly, however, this award recognizes the hard work of our employees and their commitment to deliver customer service excellence every day, for which I thank them,” he added.

The airline said Global Traveler’s advisory board weighed the nominees’ financial data, safety records, product offerings, onboard menus and overall image as a brand before selecting Air Canada as Airline of the Year.

Since 2010, Rovinescu has presided over a rapid expansion of the airline, investing $12 billion on new aircraft and routes.

The airline’s popular Maple Leaf Lounge, featuring dishes prepared by celebrity chefs, is also part of his program to elevate the travel experience.

Rovinescu has been at the helm of Air Canada since early 2009.

Images are courtesy of Air Canada.

Work is progressing rapidly at a Bombardier facility in Toronto on what is being billed as the ultimate long-range business aircraft.

The super-luxury Global 7000 boasts of many firsts, among them a four-zone cabin that includes a bedroom.

Two Global 7000 flight test vehicles are being assembled on what the company calls “the most advanced production line in business aviation.”

Two additional test vehicles are in various stages of production. 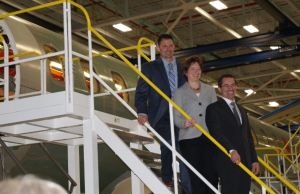 Coleal, Ouellette and GE’s Kathy MacKenzie in Toronto on Tuesay.

“With a no-compromise approach and forward-thinking technology, we are focused on bringing the game-changing Global 7000 aircraft to market,” said David Coleal, president of Bombardier Business Aircraft.

He noted that Bombardier is employing the highest-calibre technology throughout the entire manufacturing process for the Global 7000 and Global 8000 aircraft program.

“The final assembly line in Toronto features a state-of-the-art automated positioning system that moves the wing structure into place for joining with the fuselage.”

But Coleal doesn’t agree with that argument.

“The G650 is not a competitor because of the four-zone cabin,” he said Tuesday as Bombardier showcased the test vehicles to the media.

In fact, Coleal doesn’t think there is another business aircraft currently in operation or in development to compete with the Global 7000.

Powered by the next-generation General Electric engines, the Global 7000 aircraft will have a range of 7,400 NM (13,705 km) at M 0.85 with 8 passengers, and will be able to connect London to Singapore or New York City to Dubai non-stop.

The Global 8000, which is also under development, will have a longer range and feature a three-zone cabinet. It will also be powered by GE engines.

“We’re excited by the unprecedented precision and quality we’ve observed on the assembly of the first two flight test vehicles,” said Michel Ouellette, senior vice-president of the program.

“This further validates that Bombardier made the right choice in the technology it is employing to build the most advanced business jet on the market.”

As for customer interest, Ouellette said, “We’ve a healthy backlog of orders.”

All images are by Abdul Latheef 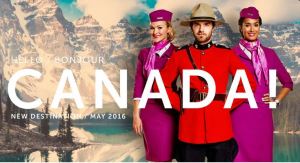 Iceland’s only low-cost airline is making an irresistible offer to Canadians travelling to Reykjavik: $99 one way from Toronto or Montreal, tax included!

For an additional $149, passengers can travel one way to several destinations in Europe, including London, Paris, Berlin, Copenhagen and Amsterdam.

WOW air made the announcement in Toronto on Thursday ahead of the launch of flights from Toronto and Montreal in May.

Service from Montreal’s Pierre Elliott Trudeau will begin May 12 and Toronto’s Pearson on May 20. The flights will be operated, using a fleet of Airbus A320 family aircraft, on Monday, Wednesday, Friday and Sunday. 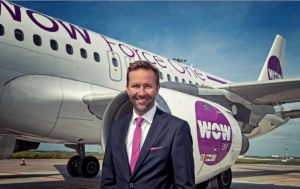 “WOW air prides itself on offering the lowest fares possible as well as the biggest smile and the friendliest service,” said Skuli Mogensen (right), owner and CEO.

“I’m thrilled to now announce our new routes to Canada, especially as I lived in Montreal for nearly a decade and also because the Icelandic people feel a special affinity for Canada.”

The airline said its entry into the Canadian market was expected to create an estimated 100 jobs.

Launched in November 2011, WOW air flies from Reykjavik to 20 destinations in Europe and the United States.

Its expansion into the Canadian market follows the launch of transatlantic services from Boston and Washington, D.C., in early 2015, the airline said.

“We have just had our best summer ever and, with these new routes launching in May 2016, next summer is another chance to break records,” said Mogensen.

“These great Canadian cities will become our newest destinations but I look forward to announcing even more in the not-too-distant future!”

All images are courtesy of WOW air.

The message was loud and clear as the all-new Bombardier CS100 made its Toronto debut Thursday: It’s the quietest aircraft in its class.

The company told a gathering of government officials and airline executives that the “aircraft’s noise performance and its outstanding short-field capability make it ideal for city centre operations.”

The CS100 is the smaller version in the CSeries and is on course for certification later this year.

The aircraft that debuted in Toronto was in the colours of launch customer SWISS, or Swiss International Air Lines, and is expected to make the first commercial flight before the middle of next year.

It is not the first time Bombardier is stressing the efficiency of the aircraft. Just before this year’s Paris Air Show, the company declared that the performance of the CSeries was “better than advertised.”

“We announced previously that the CSeries aircraft are exceeding their original targets for fuel burn, payload, range and airfield performance,” said Rob Dewar, vice-president of the program.

“Now we are delighted that the CS100 aircraft’s noise performance tests have confirmed it as the quietest in-production commercial jet in its class.”

The company said the first production CS100 will soon start function and reliability testing, signalling the start of the final flight testing phase. 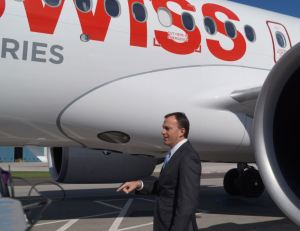 “For these tests, the aircraft will operate on a commercial airline type of schedule from key airports in North America.”

No new orders were announced Thursday but Fred Cromer (above), president of Bombardier Commercial Aircraft, was very optimistic.

“The momentum continues to grow,” he said. 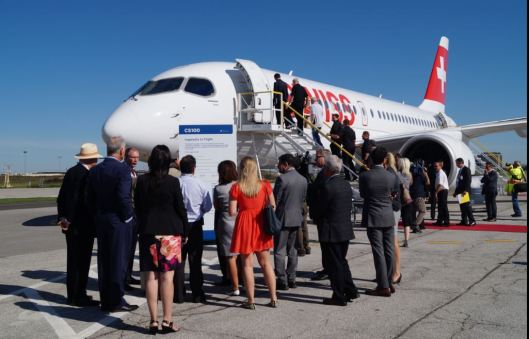 All images are by the author.

Air Canada has taken delivery of the first of 37 Boeing 787 Dreamliners ordered by the airline.

The airplane took off this morning from Boeing’s airfield in Everett, Wash., on its delivery flight to Toronto (YYZ) after a handover ceremony attended by senior Air Canada and Boeing executives.

“The 787 Dreamliner will immediately make a dramatic improvement to our fleet capabilities,” said CEO Calin Rovinescu.

“The range and economics unlock new destinations for customers, who will love the innovative look and comfort onboard.”

“The 787 will enable Air Canada to connect Canada and the world, while improving the flying experience of passengers as well as the company’s bottom line,” said Brad McMullen, vice-president of North America sales at Boeing Commercial Airplanes.

The airline is organizing a media tour of the airplane at Toronto airport on Tuesday.

Boeing has received orders for 1,031 Dreamliners from operators around the world and delivered 140 so far.

Toronto is reeling under yet another blast of snow: 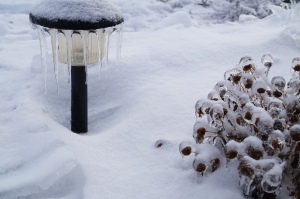 All photos are by the author. All rights reserved.